The Original Fizzing Candy, Since 1970!

In 1970, Frank Landrey returned from Europe with some Italian candies he had received as a gift. He gave the box of candy to his children. Soon, all the neighborhood kids were pestering him for more of “that funny fizzy candy!” At the time, Frank was in the habit of saying, “Don’t give me the Zotz,” if he thought someone was pulling his leg. With two ZZs in FIZZ and two ZZs in ZOTZ, the name stuck, and the first order of ZOTZ candy was shipped in July 1970. 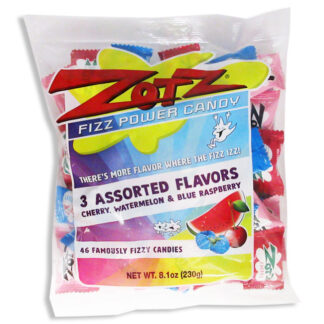